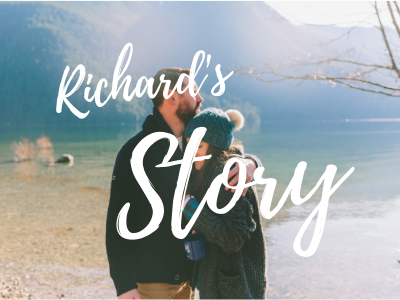 Last night I received a call from a friend, Richard, whose story was told in The Heart Healer. He and his wife graciously agreed to review the Spanish translation as it is Richard’s first language. As they read the Spanish version of his story, Richard began to cry tender tears of joy.

His story paraphrased from The Heart Healer:

Richard recalled hearing me speak of the pain involved in heartbreak.

“As I listened, I thought of my mom. She had all of the symptoms you described since my brother was killed years ago. Other painful events have happened in her life, but the death of my brother was the one that broke her heart severely… A new desire entered my heart to speak to my mother. Suddenly, the Lord showed me I also had pain from my brother’s death in my own heart, though not as severely as my mom.”

After praying Richard realized how different he felt.

“I felt the Lord heal my heart. I felt different! I would have never thought the verses from the Bible ‘and heal the brokenhearted’ would affect me the way it did. … I needed to hear them and hadn’t even realized it.”

What verse was he referring to?

He heals the brokenhearted

And binds up their wounds

[healing their pain and comforting their sorrow].

The Lord gently mended years of Richard’s grieving and buried heartache in a miraculous moment.

As with Richard, our pain may not be obvious to us, but that doesn’t mean it isn’t there.

Heartache has many sources and shows itself in many ways. The extent of pain in this world is very broad, but the stroke of God’s healing hand is supreme, and broader still.

Now reading this in Spanish, Richard shared with me that before he prayed for heart healing, he would often dream of his brother and his grief weighed heavily on him. With tears flowing, he was reminded of the moment he asked God to take away the pain from his brother’s death. In awe, he recognized that since his prayer two years ago, he has never had another disturbing dream about his brother!!

Richard, and his wife, are now thrilled by thoughts of sharing the new Spanish translation of the book with his family.

God truly does hear our prayers for the peace needed to replace our pain!

He’ll do the same for you.

He is near and He will respond when you ask for His healing.

“I live in a high and holy place,

but I also live with people who are sad and humble.

I give new life to those who are humble

and to those whose hearts are broken.”

Join the list to get communications about events and info about relationships.

What Makes You YOU?!